The NT Land Corporation is planning to rehabilitate the cliffs to ensure further erosion is prevented. Please help protect our natural environment by accessing Murrumujuk Beach only via the designated points. 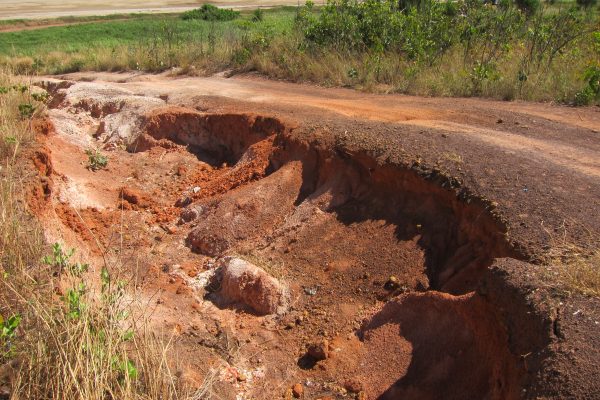 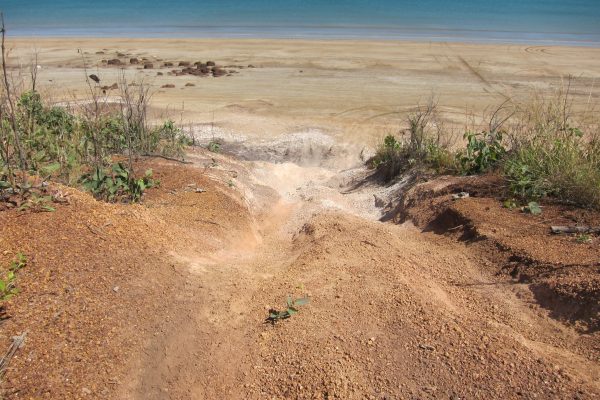 Wildfire is a frequent occurrence at Gunn Point Peninsula and unfortunately is generally the result of arson, unattended campfires or from fireworks. Wildfires can have a devastating effect on the Peninsula’s native flora and fauna.

The NT Land Corporation undertakes weed control and controlled hazard reduction burning during the dry season. Due to the remote nature of the Gunn Point Peninsula, Bushfires NT will not manage fire control unless lives are in danger.

Please be aware when a fire occurs on the Peninsula that emergency services may not be able to attend immediately. Please adhere to all fire weather warnings and fire bans and check the Bushfires NT Facebook page for controlled and uncontrolled bushfire warnings.

Please take care to ensure that campfires are properly extinguished when you leave.

There are limited facilities at Gunn Point, so we ask that campers and visitors please take their rubbish with them. Litter and waste left at Gunn Point will find its way to the beach and the sea. Large piles of rubbish, comprised largely of wrappings or spent firework casings, are often left behind after Territory Day celebrations which is not acceptable. If you want to enjoy this beautiful part of our Territory, please look after it and take your rubbish with you.

Gunn Point beach is home to nesting and feeding populations of turtles. We ask that the public do not camp on the beach and avoid driving on the beach at night to ensure the turtles are not disturbed during their nesting period. Marine turtles are highly sensitive to light and movement when they are on the beach and trying to nest, so please do not shine head lights or torches on turtles and be sure to observe them from a distance. Please note that all marine turtles are listed as threatened species and it is illegal to touch them.

Gunn Point Peninsula is rich in biodiversity and includes areas of rainforest, savannah woodlands, wetlands, mangroves, tidal habitats and coral reefs. All of these diverse ecological niches are to be found in an area of approximately 4000 hectare.

The Wetlands provide a haven for migratory birds in the wet season although usually dry up in the ‘dry’ season.  These areas often support large thickets of Melaleuca.

Mangrove forests form a fringe on the coastline from Gunn Point to Point Stephens. The largest of these forests are found in the vicinity of Leaders Creek. The close proximity of these mangroves bordering the coral reefs in the blue holes creates a rich nursery environment for fish and enhance the biodiversity of the area.